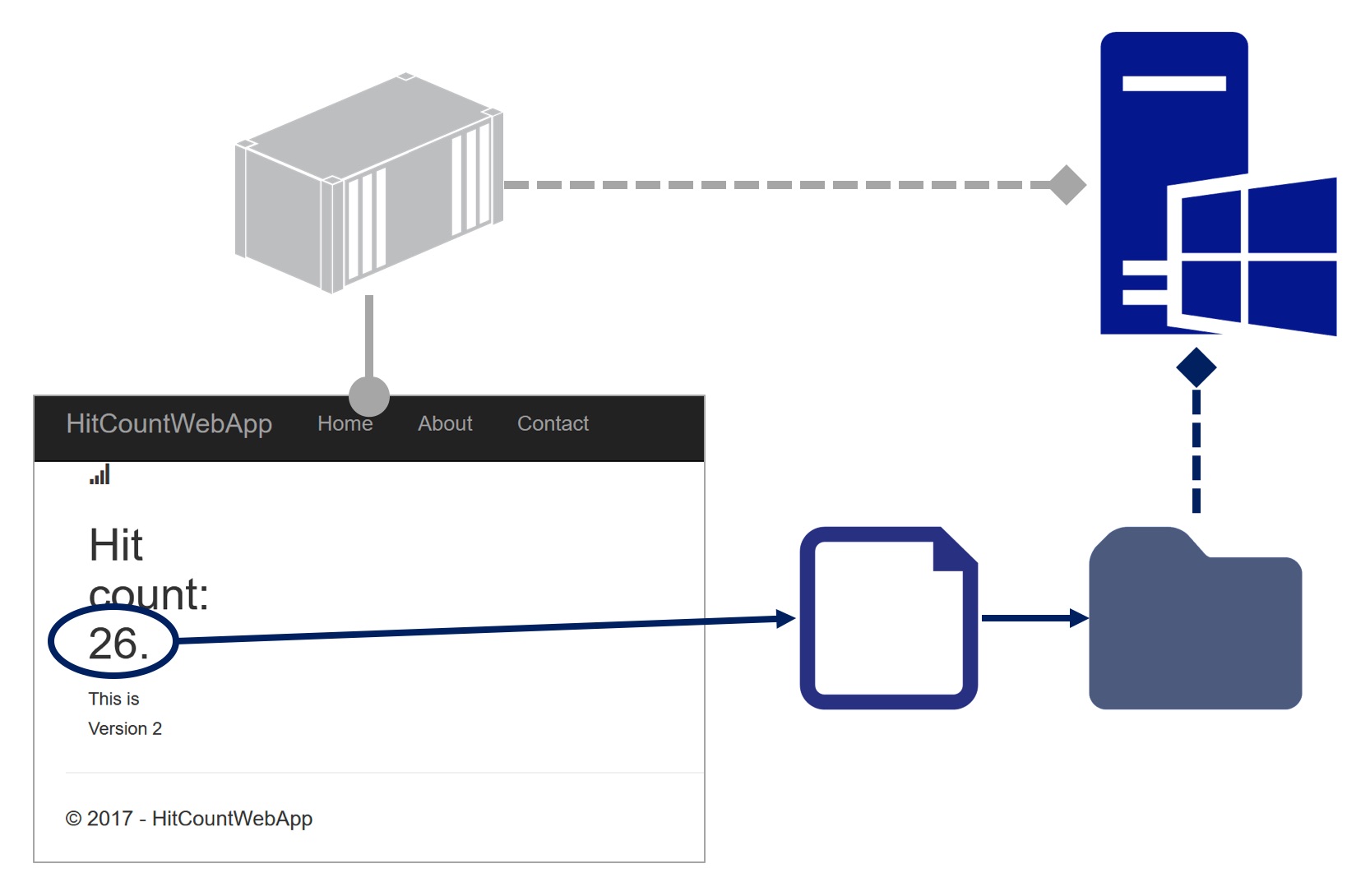 Each week I'll look at one Dockerfile in detail, showing you what it does and how it works. This is #11 in the series, where I'll look at running a stateful ASP.NET Core web app in a Windows container.

This week's Dockerfile is a complete - albeit simple - version of a stateful app running in Docker. It's an ASP.NET Core web app, based on version 1.1 of .NET Core. The app simply records and displays a visitor hit count, but you can run it in different ways with Docker to make the application state disposable or persistent.

It's also a good example of a Dockerfile best practice - pinning to specific versions in your FROM instructions. The code was originally built for version 1.1 of .NET Core. The framework has moved on since this example was written, and the stable version is now 2.0 - but my Docker app will still build and run in the same way, I won't find that the tooling has moved on and broken my deployment.

The source code for the app is stored alongside the Dockerfile. There's not much to it, it's a boilerplate ASP.NET Core web app, with the actual work done in the HomeController class. When a user browses to the site, it reads the current visitor count from a text file:

Then it increments the count, and updates the file:

This is a simple example which obviously doesn't scale if you have multiple containers racing to update the same file. But then if you wanted to scale you wouldn't save data in a local text file.

The path for the file is fixed in a constant:

I use a multi-stage Dockerfile to package the app. The first stage compiles the app using Microsoft's dotnet image with the SDK installed:

This copies the whole source tree into the image, restores dependencies and publishes the app.

It's more efficient to execute the restore and publish steps separately, but I'll come to that later in the series.

The second stage packages the published output from the builder stage into an image based on Microsoft's ASP.NET Core runtime image:

In both stages, the FROM instruction uses a specific version in the image tag: 1.1.2. Right now the default latest tag for those images is 2.0.0 but because my Dockerfile pins specifically to older versions, Docker will continue to use those versions.

It's a straightforward docker image build and docker container run process to run the app.

Clone the docker-on-windows repo and then build the image:

You don't need .NET Core installed to build or run this app, the build toolchain and the runtime are all in Docker images.

When the container's running, you can find out the IP address and connect to view the website:

This is what you'll see:

Refresh the page lots of times and you'll see the hitcount increase. The count file is stored in the container's writeable layer, so when you replace the container the data is lost.

It's simple to map the application state path to a volume, so you can update the container without losing data.

Now create a directory on the host for the volume mapping, and run a container using a volume with that path:

Browse to the new container and refresh to bump up the hit count:

You can see the contents of the file from the host:

And now you can replace the container, and the new one will have the same state: 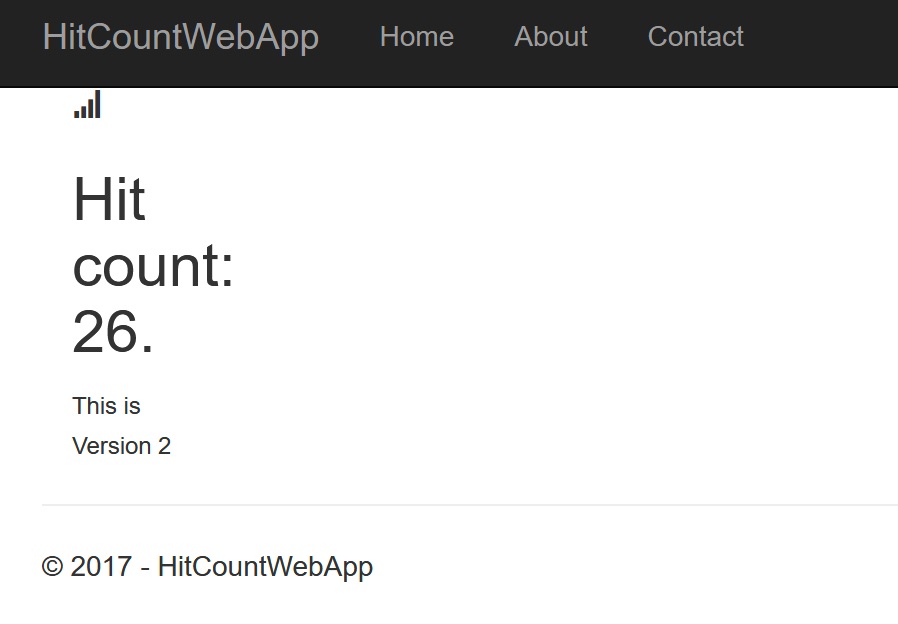 Next week, we're going back to the future. In the book I walk through an app modernization program based on Nerd Dinner.

That starts with ch02-nerd-dinner, which takes the 4 year old source code and packages it to run in a Docker container on Windows.