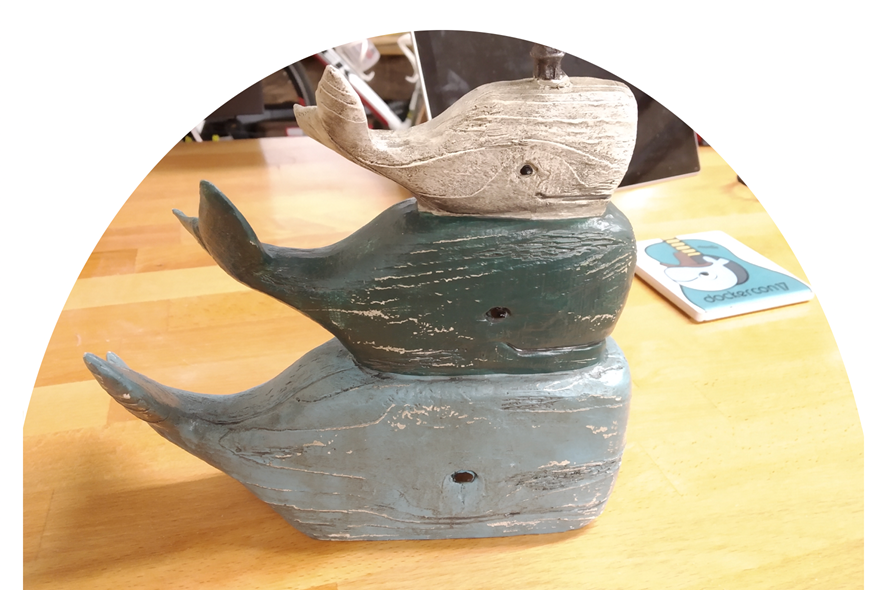 Docker is a fantastic technology for making your apps uniform. Everything in a container has the same set of artifacts to build it and the same workflow to run it - whether it's a Linux app running on an ARM single-board-computer, or a Windows container running on a full-blown Intel x64 server.

Docker Swarm is the lightweight orchestration technology built into Docker, which lets you join all those different types of hardware into a single cluster. You can use Docker Compose to define all your apps and manage everything from the Docker command line on your laptop, ignoring the underlying details of the app platform, OS and even CPU architecture.

This is the story of the hybrid Docker Swarm I built as my home datacenter. It's evolving but right now I have 7x Linux ARM64 nodes, 2x Windows x64 nodes and 1x x64 Linux x64 node. You probably don't need a setup like mine in your house... but what I'm documenting is a perfectly good production-grade rig for small businesses. And geeks.

Cross-platform software and ARM hardware is what makes this work. You need multiple nodes in your cluster to make it fault-tolerant, and cheap boards with minimal power consumption are perfect for that.

The cloud is going ARM too, passing the cost savings onto customers in the pricing (you can rent ARM64 VMs on AWS at a 40% saving compared to x64 - and there's also Packet and Scaleway).

Lots of apps will run on ARM64 with no changes - interpreted languages like Node.js, PHP and Python do, and some compiled languages like Go, Java and soon .NET Core 3.0. Now is a great time to get into ARM.

Context & Goals for the Swarm

I'm building out my cluster to replace the two ageing x64 servers I currently have. One of these runs Ubuntu Server 16.04 and the other runs Windows Server 2016. Both servers have RAID disks, and all my apps run in Docker containers. I run a git server, Jenkins, a music server, my wi-fi controller, a file server and a bunch of other containers.

It's an OK setup, but there are issues:

The swarm setup is an alternative to adding another Intel server, and replacing the old disks in the Linux server. It's much cheaper than doing that, it will fix all the issues above and I'll have much better fault-tolerance. I can spread nodes out around different network switches, power supplies and even electrical circuits.

I already had plenty of hardware in the form of ARM and Intel SBCs I've been collecting over the years, so I've repurposed them to build the swarm.

You can get a lot of 64-bit computer for not much money with an ARM SBC. I'm using Pine 64 boards which each have quad-core CPUs, 2GB RAM and gigabit ethernet. They boot from microSD cards (I'm using 16GB Class 10s). These are all running Linux server - Windows does run on ARM, but only desktop versions.

I also have a few Up boards with Intel Atom processors, 4GB RAM and gigabit ethernet. I'll use those in my build farm to build x64 Docker image variants. They have 64GB eMMC chips, so no need for SD cards.

What no Raspbery Pi? I do have a few Pis doing various things, but the specs aren't great. Even the latest Pi 3 only has 100Mb ethernet and 1GB RAM, and it's not really 64-bit.

All the boards are running Docker 18.09. This is how the cluster is configured:

Storage is through 4x 2TB USB spinning disks attached to the Pine64 worker nodes (I'll talk about distributed storage in a later post). The managers and the Up boards all have USB sticks attached for additional working storage.

The Pine64s were $35 when I bought them. They're still available but newer SBCs have better specs, particularly around storage. If I were buying today I'd look at Rock64 or NanoPi M4 for workers - both have USB3. The NanoPi NEO2 looks good for managers.

Installing the OS was pretty easy on the Linux nodes, and slightly less easy on the Windows nodes. Installing Docker was straightforward on all of them.

Docker on Pine64 with DietPi

DietPi is a Linux distro built on Debian and targeted at ARM devices. You can run it is a minimal OS with no GUI. It has pre-built images for lots of ARM32 and ARM64 boards, and the site even ranks boards if you're looking around at hardware to buy.

It's a pretty simple installation procedure:

All my setup docs are on GitHub if you want more detail: sixeyed/arm-swarm

DietPi installs Dropbear so these boards can be managed remotely over SSH.

Docker on Up with Ubuntu Server

The Up board needs a custom Linux kernel to get all the hardware working, but you can start with a standard OS install (see the Up board wiki for your OS options).

The Up folks recommend a Linux distro tailored for the board called ubilinux - but I tried it out and it installed a GUI! No thanks. So I went for Ubuntu Server 16.04 (18.04 is also supported):

The only additional software I added from the Ubuntu install was OpenSSH for remote access.

Docker on Up with Windows Server Core

The OS install here is not for the faint hearted. Luckily it's a path which has been trodden and documented by Patrick Lang from Microsoft and Stefan Scherer from Docker.

The issue is that the Server Core install doesn't have the eMMC storage drivers, but they are in the ISO in the image for full Windows Server. This is the install procedure in brief:

Server Core has no GUI, but you can RDP into the board and you'll drop into PowerShell.

Next Up - docker swarm init

That's it for the hardware-specific stuff. At some point the kit will all be distributed across four mini-racks, each using separate power supplies and network switches. Three of the racks will have a storage worker, a manager and an x64 worker. The remaining storage worker will have its own home.

At this point there's a bunch of Docker engines running on SBCs consuming electricity at the rate of 2-4 amps each. Now they can all be managed from a laptop using the static IP addresses.

The next task is to set up the swarm and configure the nodes for secure remote access, so I can do everything through the Docker CLI.