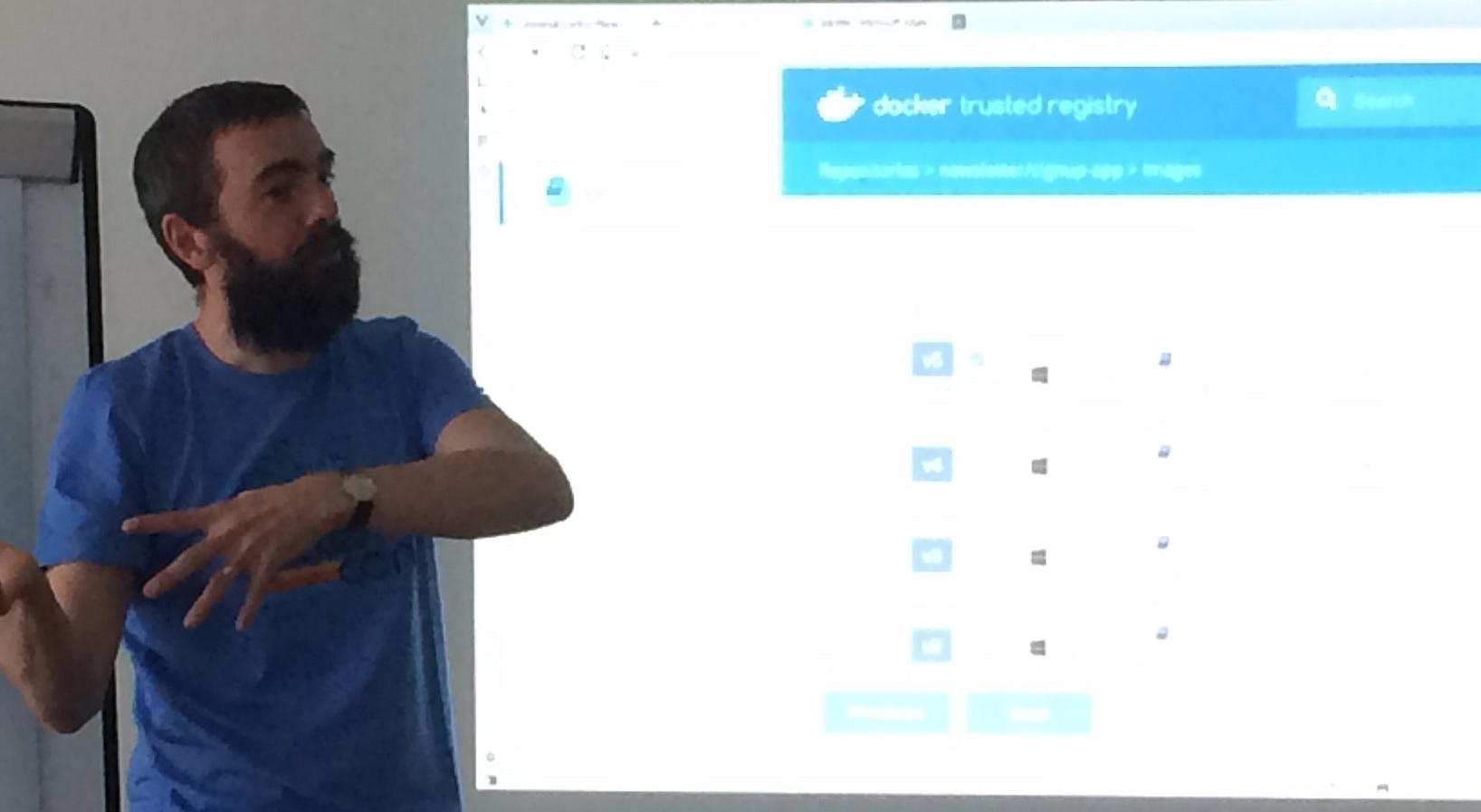 One of the biggest use-cases for Docker right now is the need to modernize traditional apps - the apps which businesses rely on, but take up a huge amount of the IT budget. Moving those apps to Docker gives you immediate benefits in portability, efficiency and security - and a roadmap for modernizing the architecture and breaking down the monolith.

To demonstrate how you can move those apps to Docker, I spent a some time this month back-porting one of my demo apps to .NET 3.5 and running it on Windows Server 2003. And yes, you can run that app in a Docker container on Windows - in a supported environment - without changing it.

I had a fairly quiet month for travel, so I managed to dig in and get my YouTube series done. It looks at modernizing .NET Framework apps by running them in Docker containers on Windows. This series is aimed at IT Pros, so there's a deliberate focus on modernizing apps without changing code.

Over five episodes, I take a .NET 3.5 WebForms app running on Windows Server 2003, package it to run in Docker, integrate with Docker's logging and secret management features, and deploy to the cloud in a production-supported Docker EE environment on Azure. All without changing code :)

The series is aimed at ops, but the content still relevant for devs. It shows what you can do to move a traditional app into a modern platform without having to do a full rewrite. And once the app is in Docker, you can modernize the architecture by breaking features out into their own containers - which I'll walk through in a future series aimed at devs

I spoke in Birmingham (UK) to the Data Platform User Group about SQL Server containers and using Docker for databases. We have Docker customers running production database containers, but it may take a while for DBAs to accept that as the norm :)

Right now there's a great story for Docker to simplify the development and deployment of SQL Server databases, where you can still run your production database on dedicated hardware - that's my "three ways" with database containers:

You can use Microsoft's SQL Server Express image as the base for your Dockerfile. Then package the schema for your database (you can use a Dacpac, like in the SQL Server Docker Lab, or use DDL scripts like in the IT Prod video sample). DBAs own the Dockerfile and the content, and the schema gets packaged into versioned Docker images which live in a registry alongside all your application images.

This is modernizing traditional apps with Docker, as applied to the database. There may be a video series for this coming too.

I've been a few times to TechUG and it's always a great event. This month I was with them at Glasgow, talking about modernizing traditional apps with Docker:

After the slides was a demo showing Image2Docker moving that same ASP.NET 3.5 app into Docker, and then running it in the cloud using Docker EE.

August was fairly quiet, but there's plenty happening in September:

And of course I'll be preparing for DockerCon EU!!! Coming to Copenhagen in October! (Follow me @EltonStoneman on Twitter - they'll be a discount code coming soon).