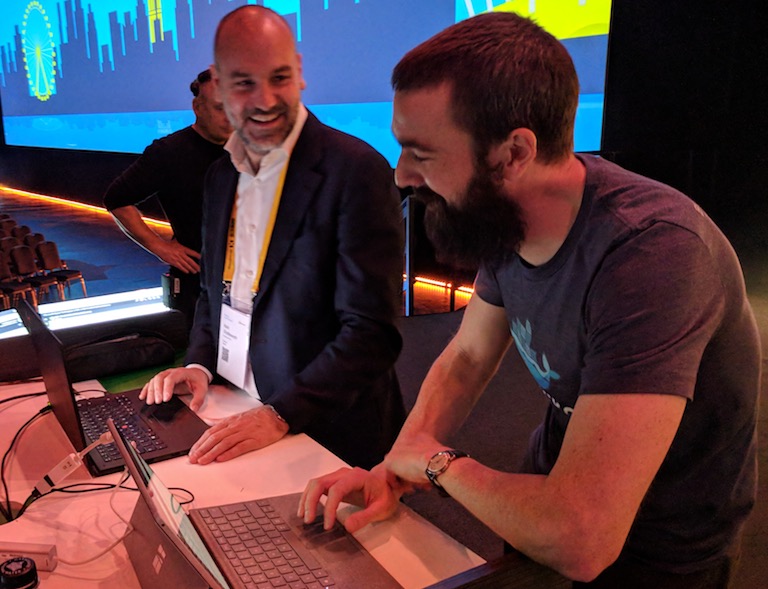 My monthly retrospectives have fallen behind, but here's my recap of October. It was a great month for Docker fans - we had DockerCon EU with some major announcements. I had a fun month, travelling to some great events and spreading the Docker word to more Windows audiences.

DockerCon EU 2017 was in Copenhagen, and it was a great few days. All the sessions are on YouTube, and although it's totally unfair to pick favourites, here are mine:

Oh, and we announced that support for Kubernetes is coming to the Docker platform.

IP EXPO is a series of free events held around Europe. I was at the Manchester IP EXPO earlier this year, and in London this month presenting on Modernizing Traditional Apps with Docker:

This session talks about what "traditional" apps are - they can be any age and any technology stack, but they share common traits of being difficult to deploy and expensive to maintain. I go on to demonstrate Image2Docker and show how you can move existing apps from Windows Server 2003 to a hybrid Docker swarm running in Azure with no code changes.

It was an unusual gig - in a big open-space venue with lots of tracks, the speakers had mics and the audience all had headphones. Very strange presenting experience, but the audience all claimed they were listening.

After London I was off to Edinburgh for the ScotSoft conference. This was an excellent one-day conference, with a broad range of speakers and topics. Definitely one for the calendar if you're around next year.

I had two sessions on the day:

Power Your Move to the Cloud with Docker talks about the types of cloud service from IaaS to PaaS to CaaS, and the benefits of moving to Docker before you move to the cloud. I followed on from the keynote session, and it was great to meet Scott Hanselman - even though he took half the audience with him when he left.

Why Containers Will Take Over the World. The adoption of containers is relentless, and this session talks about why: the benefits you get from moving to Docker, the ROI Docker customers are seeing, and the typical use-cases for containerizing applications (from modernizing legacy apps, to accelerating new cloud-native projects, to bringing CI/CD to the database). 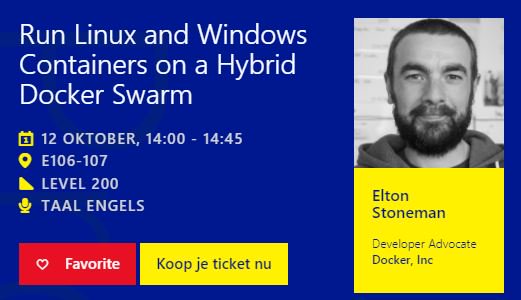 Just before DockerCon I made a day trip to Amsterdam for TechDays NL (Alexander Tsvetkov has a nice TechDays write-up). I did a short version of my Docker Windows Workshop and a session on hybrid Docker swarms.

That session is always eventful because I start with a distributed solution running in Windows containers and gradually move half of the components to Linux containers in the same swarm. That's a good way of testing which of your components are heavily caching DNS entries, because they fail when the containers move :)

The month ended on a high note, with me doing some demos in a keynote session at Future Decoded in London. 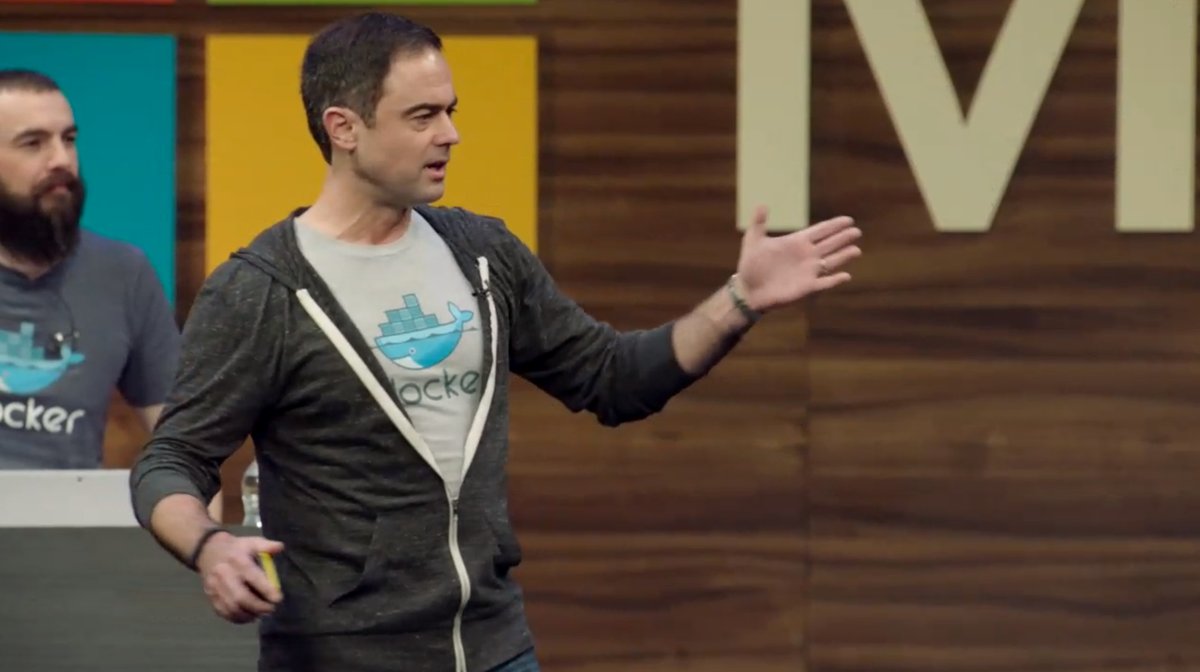 The presentation was a fantastic walk through of Docker and where it fits for hybrid deployments to Azure. Scott Johnston ran the show, focusing on the core principles of the Docker platform:

Which is what attracted me to Docker in the first place :)

I'm writing this in December, so the November schedule is already done, but here's what I'll be talking about in the next retro: