Update! From Windows 1809 onwards this is no longer an issue!

Docker provides network integration between containers and the host, so when the host receives network requests, they can be routed to a container. On the Docker side, the process is the same on Linux and Windows. This command runs a web server container on Linux and publishes one port:

The Linux networking stack can receive external requests on its network interfaces, and forward them to Docker containers, and it does the same with loopback requests (to localhost or 127.0.0.1) and direct local requests to the container's IP address: 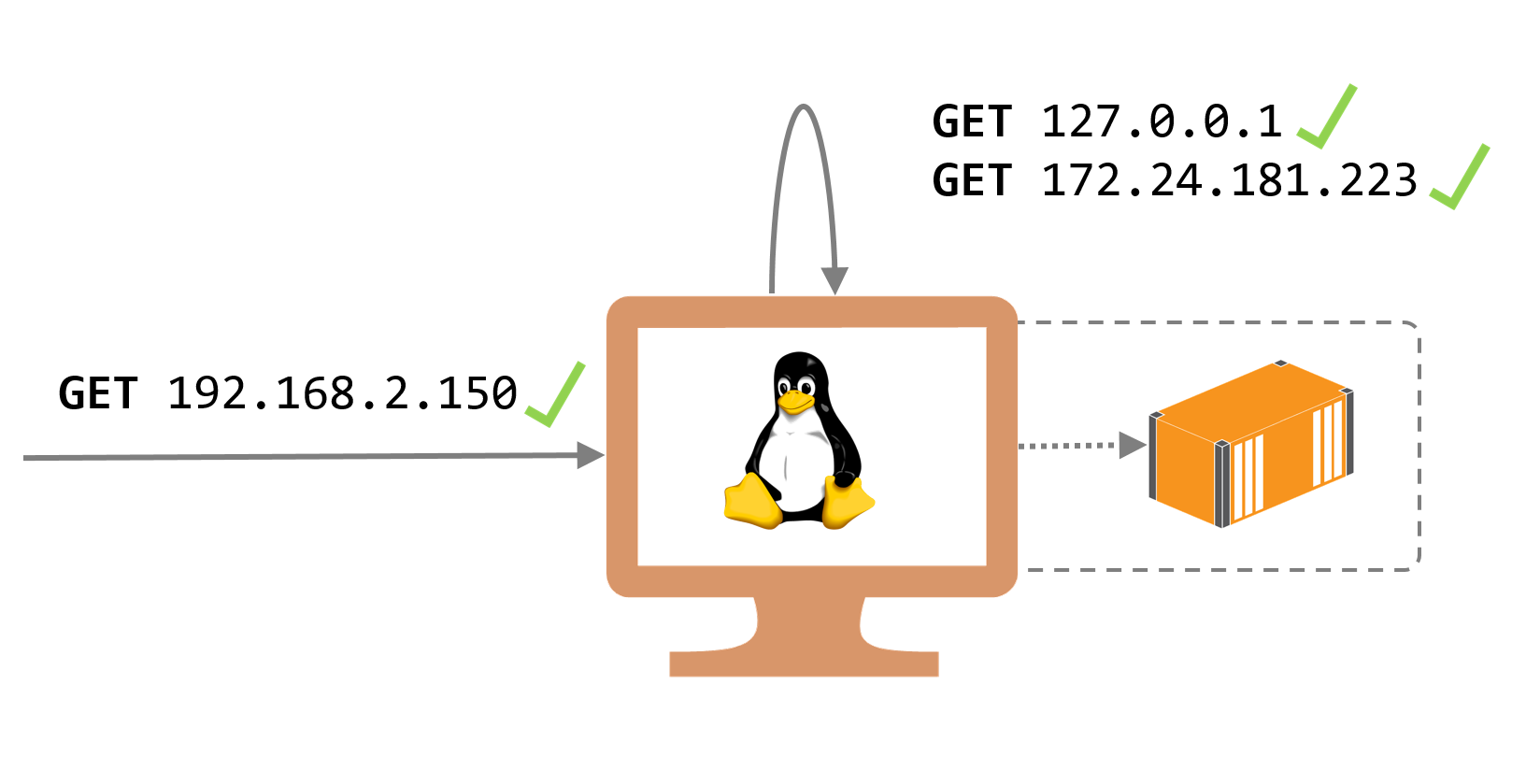 That starts IIS running in a container and publishes port 80, mapping to port 80 inside the container. But if you browse to http://localhost on the container host, you won't see the site because of a limitation in the default NAT network stack:

External requests are routed correctly, so from outside the host you can make a request to port 80 and it will be routed to the container, but if you try to access the site from localhost you'll get an error:

To access the site on the Windows Docker host, you need to make the request using the container's IP address - which is the virtual IP address only visible to the host machine (and the port the container exposes if it's different to the published port, which is where the host is listening for external requests):

You can get the container's IP address with docker inspect:

And then you can browse to the site: 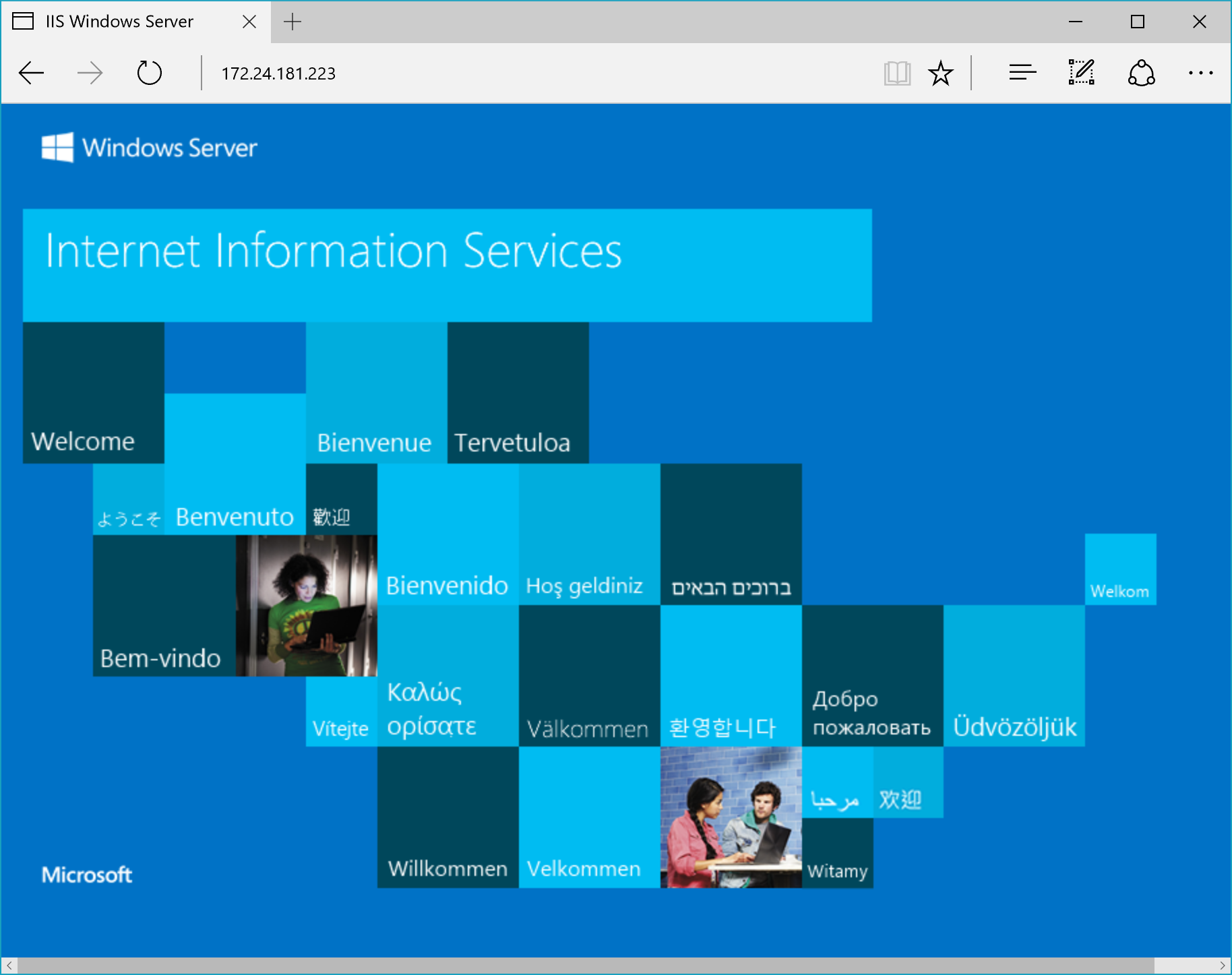 Hopefully this limitation will be addressed soon. You can see it in action on my YouTube video: Windows Containers and Docker: The 101